The time had finally come: on 23 November 2019 Only Friends Eindhoven was launched. After a promotional campaign in which 4,000 flyers were handed out at educational institutions in the Eindhoven region and posters were hung up at strategic places in and around Eindhoven, none other than Katja Snoeijs (player PSV Women) and Phoxy, the well-known and beloved PSV mascot, unveiled a shield with the logo of our beautiful club.

After the unveiling of the shield, two enthusiastic girls did a joint warming-up. To the sounds of the Snollebollekes they jumped from left to right, after which all those present could choose from various sports. Seated volleyball was played, of course, the football field was available and in the sports hall children could box, climb walls and take part in goalball, a sport for people with visual impairments.

The day generated beautiful reactions. Parents expressed their satisfaction because there is now finally a place where their children with a disability can go without having to (emotionally) compete with able-bodied children. The joy that radiated from the faces of the participating children was priceless, and the best appreciation we could get.

Watch below an impression of our kick-off, compiled by the people of Studio040. If you are curious after seeing this video, please contact us! 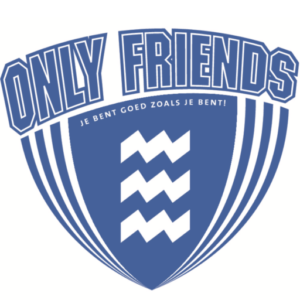 Manage Cookie Consent
We use cookies to optimise our website and our services. Which cookies do you accept?
Management options Manage services Manage suppliers Read more about these purposes
View preferences
{title} {title} {title}